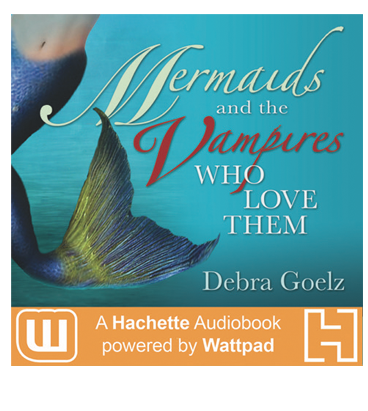 Sixteen-year-old Waverly Fishwater believes that people who act suspicious are asking for her to spy on them. When she eavesdrops on one of her dad’s clandestine meetings, she learns that mermaids are being abducted. Fearing no one else will save them, Waverly swaps her tail for legs and heads to the site of the disappearances, but it doesn’t go as planned. After exposing mermaidkind to humanity, Waverly has to come to terms with leaving the home, friends, and school she loves. For her safety, she must go to a remote boarding school on the California coast.

Waverly discovers her new classmates are from a multitude of supernatural species, including werewolves, fairies, and minor Greek gods. But the bigger problem might be all the mermaid-blood loving vampires, and the fact that the most infuriating one has taken an interest in her already.

She must navigate this weird new world where her class schedule includes time-traveling history, fairy dance, interspecies biology, and sand-sculpting vain gods with rock-hard abs. The biggest letdown is that she still has to take algebra, even though polynomials are not her friends.

Just when she’s starting to fit in, she begins to unravel a dark plot that could destroy the bayside school and the oceans beyond. As she gets close to solving the mystery, the mernapper takes hold of her mind and hides the clues that will piece it together. Waverly is left with the knowledge of one thing: she’s next.

If Waverly is to expose the scheme and take out the mastermind, she’s going to have to rely on the most dubious kind of help-reckless gods, single-minded werewolves, and virtuous fairies. To avoid a supernatural catastrophe, Waverly must rally this eccentric band of heroes, learning to rely on the help of others in order to stay afloat.

Listen to an audio sample here! 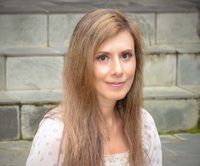 Debra Goelz is a refugee from Hollywood where she served for ten years as a financial executive for such companies as Universal Pictures, Dino de Laurentiis and Jim Henson Productions. Her performing career began and ended with her puppeteering a chicken during the closing scene in “Muppet Treasure Island.” After garnering over 9 million on-line reads, her award-winning YA fantasy, “Mermaids and the Vampires Who Love Them,” will be published by Hachette audio on October 17, 2017. She lives in a redwood forest in rural Marin County with her husband. Her two children have abandoned her to seek a college education in New York.