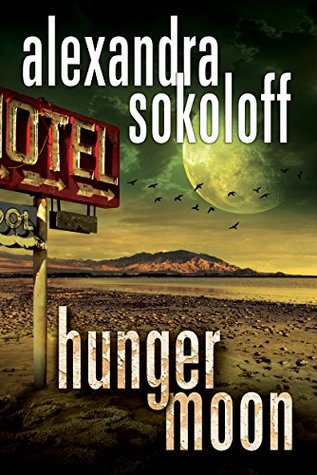 Revenge has no limits.

Special Agent Matthew Roarke has abandoned his rogue search for serial killer Cara Lindstrom. He’s returned to the FBI to head a task force with one mission: to rid society of its worst predators. But as the skeletal symbols of Santa Muerte, “Lady Death,” mysteriously appear at universities nationwide, threatening death to rapists, Roarke’s team is pressured to investigate. When a frat boy goes missing in Santa Barbara, Roarke realizes a bloodbath is coming—desperate teenagers are about to mete out personal, cold-blooded justice.

Hiding from the law, avenging angel Cara Lindstrom is on her own ruthless quest. She plans to stay as far away from Roarke as possible—until an old enemy comes after both her and the FBI, forcing her back into Roarke’s orbit. This time, the huntress has become the hunted . . .

The sandstone spires reach like alien fingers from the depths of the canyon.

The gorge cuts through the Arizona tablelands, a vast, prehistoric gash. Inside lies a 230-million-year-old natural wonder: a cathedral of wind-carved sandstone walls in every possible hue of red, gold, and white, adorned with the gleaming black curtain-like sweeps known as canyon varnish. Ancient ruins of cliff villages nestle in natural caves at impossible heights. Sedimentary deposits lie in distinctive round piles, like stacked pancakes.

And the famous double sandstone spires rise 750 feet from the canyon floor, at the exact junction of de Chelly and Monument Canyons.

Navajo legend says the taller spire is the home of Spider Grandmother, the goddess who created the world. She stole the sun and brought fire to the Anasazi. At the beginning of time, monsters roamed the land, and she gave her children, Monster Slayer and Child-Born-of-Water, power to kill the monsters and protect the First People.

Her stories are only told in the winter months.

And only to those who will listen.

A bleak sky, streaked with white, stretches over the desolate South Rim of the canyon. There will be snow tonight.

The grinding of a pickup truck grates through the silence.

A four-door Tundra. Tonneau cover over the bed. Two men dressed in camouflage inside. Fast-food and jerky wrappers litter the wells at their feet. In the back seat, a cooler packed full of beer.

The front-seat passenger sets his sights on something moving ahead of them, leans forward greedily. “There we go, there we go.”

The driver follows his gaze, fixes on what he is tracking. Not a deer, but a young girl, shining black hair underneath the hood of her parka. Schoolgirl’s backpack on her shoulder.

On the men’s faces, something crude and capering.

The driver swerves the truck over to the side of the road, squealing brakes.

The girl hears the sound, stiffens, is starting to run before she even completes the glance back.

The truck skids to a stop in the snow. The doors fly open; the men are out of the car, grabbing for their rifles.

The girl runs for the rocks, but her pursuers are bigger, fastr. Two of them, grown men, against a teenage girl.

They move forward into the strong wind, a military-style formation, heavy boots crunching in the sandy snow.

They pause at the rock outcropping, looking out over the boulders. The girl seems to have disappeared. Then a scrabble on the rocks betrays her. Hearing it, the men grin at each other.

The driver rounds the rock first, his mouth watering. He is already hard in anticipation . . .

The tire iron bashes him across the face, breaking his jaw. He staggers back, howling inarticulate pain.

The girl kicks him viciously in the knee, crumpling him, then swivels as the second hunter rounds the edge of the rock. She slams the tire iron against the side of his head.

Now both men are collapsed on the ground, moaning and cursing.

She steps forward, no longer feigning that youthful, hesitant gait.

She lifts her arm and uses the tire iron on their skulls. Two, three, four blows, and there is no more moaning. Thick crimson drops spatter the snow. Her breath is harsh. Her face is ice.

There is only the wind, swallowing the sound of her breathing.

Cara stands at the edge of the canyon, looking out at the spires of Spider Rock, the vast open gorge.

Below her is an icy crevasse. The canyon has any number of them, deep splits in the rock wall where whole sheets of the cliff have broken away. Behind her is the hunters’ pickup truck.

Their bodies lie at her feet.

She drags one, then the other, to shove them over the cliff’s edge, stepping back to watch each body hurtle down into the crevasse, tumbling into oblivion.

The snowfall tonight will cover all trace of them. Later, birds and animals will pick the bones clean.

Another offering to the canyon, and the gods and ghosts that haunt it.

“Some of the most original and freshly unnerving work in the genre.” – The New York Times

ALEXANDRA SOKOLOFF is the Thriller Award-winning and Bram Stoker, Anthony, and Black Quill Award-nominated author of the Amazon bestselling Huntress/FBI series (HUNTRESS MOON, BLOOD MOON, COLD MOON, BITTER MOON, HUNGER MOON – now in active development as a TV series), and the supernatural HAUNTED thrillers (THE HARROWING, THE PRICE, THE UNSEEN, BOOK OF SHADOWS, THE SHIFTERS, THE SPACE BETWEEN). The New York Times Book Review called her a “daughter of Mary Shelley,” and her books “Some of the most original and freshly unnerving work in the genre.”

As a screenwriter she has sold original horror and thriller scripts and adapted novels for numerous Hollywood studios. She has also written three non-fiction workbooks: SCREENWRITING TRICKS FOR AUTHORS, STEALING HOLLYWOOD, and WRITING LOVE, based on her internationally acclaimed workshops and blog (www.ScreenwritingTricks.com), and has served on the Board of Directors of the WGA West and the Board of the Mystery Writers of America.

Alex is a California native and a graduate of U.C. Berkeley, where she majored in theater and minored in everything Berkeley has a reputation for. In her spare time (!) she performs with The Slice Girls and Heather Graham’s all-author Slush Pile Players, and dances like a fiend. She is also very active on Facebook, Twitter, and Pinterest. But not an addict. Seriously, it’s under control.