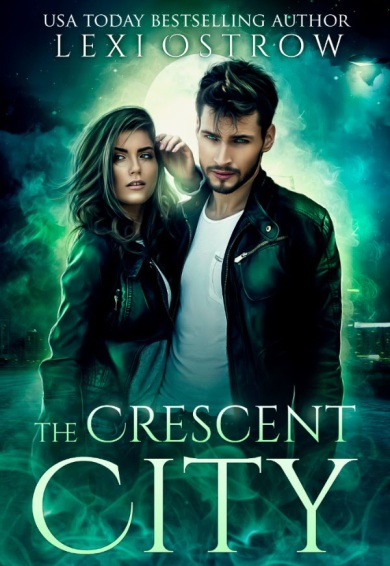 Isla Covington lost her entire world the night the Hellfire was unleashed. This might not have been so terrible, if she hadn’t been next in line to be Coven Priestess, and inherit more powers than any one witch should wield. Without her mother and fiance to guide her, she ran from her magic, from her home.

Noah wandered the Otherside, the spirit world, making certain Isla stayed out of harm’s way. He’d died of a sort once before and awoken as a Vampire. The second time he’d not had a failsafe. Death was not strong enough to separate the pair, even if he moved in the shadows unknown to Isla. He’d spent years ensuring she found herself, and did not take her life to be with him. Even if it meant torturing himself with what he could not have.

Isla’s godsons go missing, forcing her to return home – to return to her magic. The path leads her to a city of pure magic, and a witch who claims she can bring back the dead – for a price. All that stands between Isla and Noah is one tiny spell. A tiny spell which could destroy New Orleans.

I received a copy from the author for an honest review. What follows is my opinion and mine alone. I was not compensated for this review.

You may remember a book I reviewed previously titled the same and by the same author. And if you do remember, you may be thinking, “huh, is she reading the same  book all over again?”

The answer is simple: Yes and No.

That’s right, both are right. The first Crescent City was a part of the Kindle Worlds for The Vampire Diaries and specifically Bonnie Bennet. That said, once Amazon said goodbye to the Kindle Worlds, the story was ready for a new space. Taking advantage of this, Ostrow fixed up the book. She added details, change the characters, and gave new information for the world. The story is essentially the same, but there are more details that separate it from the other.

So, for that and the fact that I love reading Ostrow, I jumped at reviewing this one as well.

I actually liked this one better than the first. I liked the addition of a background that made the world unique and pulled me in. It made me want to see more of the world, to experience it, and to see the Hellfire in the works. I want to know if this is still an issue or if this is just the aftermath. I think we can bet that I want more of this urban fantasy world. I want to see how it differs from the original source material and am excited to see it works out.

The romance was there and it had just a bit more of an Ostrow flair that made me happy. The other one, though understandable, just missed what I like in Ostrow’s work.

All in all, I liked this one more than the other. I think it’s because it was more of Ostrow vs Vampire Diaries. She didn’t have to remain in the world, she was able to push out. That said, I now want more of the world. Hint, hint, wink, wink, nudge, nudge. Make it happen, girlfriend.