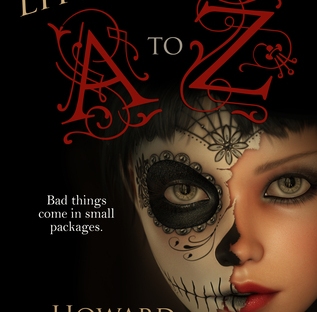 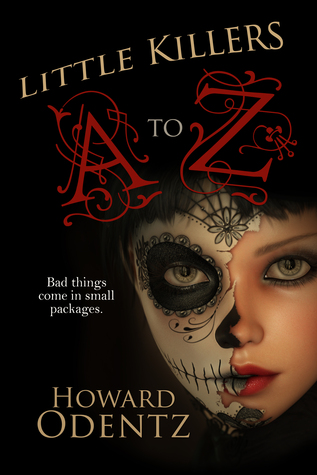 Bad things come in small packages . . .
EPIC Award finalist Howard Odentz has penned twenty-six disturbingly fascinating horror stories about the youngest predators among us.
From Andy and Boris to Yuri and Zena, this eclectic anthology is filled, A to Z, with psychopaths, monsters, and murderers!
So turn on the lights and huddle under your blankets because murder isn’t just for grown-ups anymore. Come meet our gallery of little killers.
After all, they’re dying to meet you!
Author and playwright Howard Odentz is a lifelong resident of the gray area between Western Massachusetts and North Central Connecticut. His love of the region is evident in his writing as he often incorporates the foothills of the Berkshires and the small towns of the Bay and Nutmeg states into his work.
5 Stars “a relentless, thrilling ride” – Court Street Literary, on Bloody Bloody Apple.
“Howard Odentz takes this mis-mosh of dysfunctional characters and puts together a wonderful story that is equal parts horror and love.” – Scared Stiff Reviews, on Bloody Bloody Apple.

I received a copy of this book via Audiobook Boom for an honest review. What follows is my opinion and mine alone.

From the first chapter, I was a bit hesitant about this book. The first chapter is a poem that hints at what each character’s story was about. It worried me for two reasons. I was a bit worried that every story would be in some kind of poem form. Which is a cool concept but I have some trouble reading things in poem form. The other reason was that I had just realized how many letters were in the alphabet and despite the Audible app saying that the book wasn’t very long, I was envisioning a long book.

These worries were silly.

Each story is well written, unique, and pulled you into their own world. I found myself trying to fit them all into my own headcanon universe, and, I still think it could work. There are some darker ones, some lighter ones, some that are supernatural, and others that make you question sanity.

Another thing I liked about the stories is the broad range of ages, racial identity, and sexualities. It made even the most unusual story that bit of possible.

As for the narrator and audiobook as a whole, it was well executed. The narrator’s voice didn’t sway me away from the story and the background music between stories only helped the experience along.

All in all, Odentz wrote a great collection of short stories each one able to hold on their own and be entertaining. I might reread this one in October. It is definitely an October read.