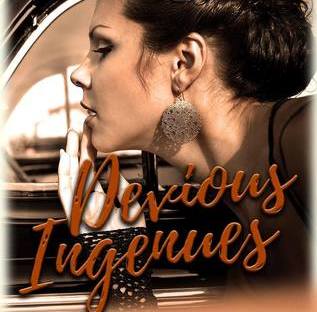 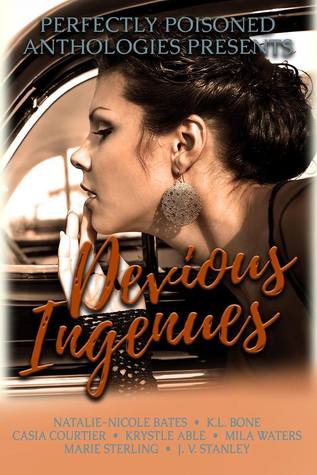 Today is the release day for Devious Ingenues! If you don’t know what that is, it is an anthology I’m in about Hollywood corruption and the lengths a person would go to win a competition and become the next star.

My story is called “Daddy’s Girl”. My character is Anna Ricci, a young woman who would do anything to fix the reputation her father destroyed.

In 1947, Montgomery Studios is one of the biggest and most successful movie studios in Hollywood, churning out hit after hit and taking normal, everyday young men and women and turning them into stars.
Once a year, Montgomery Studios hosts a contest through The Next Ingenue Magazine to find a new Hollywood starlet. The finalists are brought to Hollywood for a screen test, and a contract is awarded to one lucky girl who Montgomery Studios will turn into a movie star.
The previous year’s winner, Myrna Moran, already the studio’s most popular actress, will be hosting the finalists in her Hollywood Hills home.
These girls will do anything to be the next Hollywood ‘It’ girl. Some are hiding racy pasts, others are fresh from the farm, a few are beauty contest winners. But nothing will stop their quest to win the Hollywood crown and unseat Myrna Moran (who has a few tricks up her sleeve).