An unlikely friendship blossoms between two high school seniors…in the deft hands of co-authors Coulthurst (Inkmistress, 2018, etc.) and Garner (Relative Strangers, 2018, etc.), the well-realized main characters and deeply insightful descriptions of complex emotions combine into an unusually thoughtful novel…Readers seeking characters facing challenges with honesty, bravery, and kindness will appreciate this book with its reminder that our outward lives often don’t reflect who we really are. ―Kirkus Reviews

Sam Jones and Zoe Miller have one thing in common: they both want an escape from reality. Loner Sam flies under the radar at school and walks on eggshells at home to manage her mom’s obsessive-compulsive disorder, wondering how she can ever leave to pursue her dream of studying aerospace engineering. Popular, people-pleasing Zoe puts up walls so no one can see her true self: the girl who was abandoned as an infant, whose adoptive mother has cancer, and whose disabled brother is being sent away to live in a facility. When an unexpected encounter results in the girls’ exchanging phone numbers, they forge a connection through text messages that expands into a private universe they call Starworld. In Starworld, they find hilarious adventures, kindness and understanding, and the magic of being seen for who they really are. But when Sam’s feelings for Zoe turn into something more, will the universe they’ve built survive the inevitable explosion?

In a novel in two voices, a popular teen and an artistic loner forge an unlikely bond — and create an entire universe — via texts. But how long before the real world invades Starworld?
You can purchaseStarworld at the following Retailers:

MY REVIEW
First, thank you to the publisher and Jean Book Nerd for the copy of Starworld. Second, there was no compensation in the making of this review and everything that follows is my opinion and mine alone.
Oh. My. God. Hardly ever is there a YA contemporary that pulls me in every direction, where I can relate to almost all of the characters. I believe the one last year was Eliza And Her Monsters. This year though has to be Starworld.
Starworld is a book about two girls who hide from the world in their own way and collide to make a world of their own that brings out a deep friendship and personal growth. But, this book has more than that. It deals with anxiety, OCD, the feeling of being alone, disabilities… the whole kit and caboodle.
I was glued to this book. I also had to put it down. I was pulled everywhere. Like Zoe, I had personal pressure to try and be the best person I can. Not for personal growth but because I was afraid people would hate me (technically I still deal with it). I also have a brother who is disabled.
Like Sam, I say the weirdest things and because of it, I tried to keep my mouth shut for a good portion of my teen life and well, I still kind of do it. Her brain was beautiful and it made me giggle because that’s my brain too! Minus the math. I can’t math.
She also had to deal with a mother who has OCD. I don’t have a mother who is OCD, but I have a grandmother who is a hoarder and… with my own anxiety, I am scared I will become that or ritualistic in some way. If anything, reading the progression of this aspect in the book opened my eyes to wonder why my grandmother is so anxious. I’m still scared I will become something akin to it, but I am more open to being compassionate about it instead of the anger and hurt that comes with fear and misunderstanding.
There is so much more to the book than what I’ve said. I could go in depth, but then you wouldn’t want to read the book. I was smiling, I was rooting for both girls, and I was scared because I knew what was going to happen and I didn’t want either of them to get hurt in the fire.
This is a beautiful book. It sticks with you and keeps you going. I hope to god these two work together again and craft another amazing work.
Final Rating: 5/5
Note: May I add that my Whovian self was very giddy through all of Sam’s mentions of the great scifi show and others? Seriously, I love her. I love Zoe. I love them so much.
Note Note: I also love that there are resources available for all the things mentioned. It shows to me that you guys not only want to help spread the compassion to the readers who don’t understand, but you also want to help those who have nowhere to go. It’s awesome. 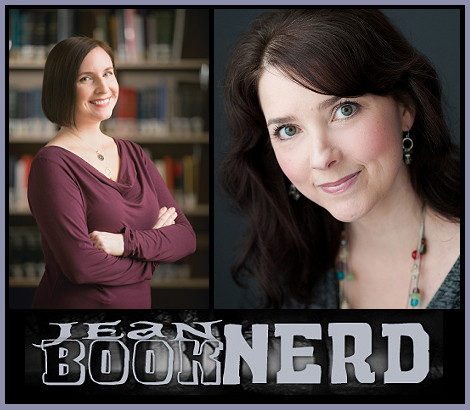 Paula Garnerspends most of her time writing, reading, or making good things to eat and drink. She is the author of YA contemporary novels Starworld, Relative Strangers, and Phantom Limbs, which was a 2017 Illinois Reads selection for grades 9-12. Follow her on Twitter at @paulajgarner.

Audrey Coulthurst writes YA books that tend to involve magic, horses, and kissing the wrong people. When she’s not dreaming up new stories, she can usually be found painting, singing, or on the back of a horse.

Audrey has a Master’s in Writing from Portland State University and studied with Malinda Lo as a 2013 Lambda Literary Foundation Fellow. She lives in Santa Monica, California.