Praise for PRETTY FUNNY FOR A GIRL

“A feel-good story featuring a narrator who’s likable and genuinely funny, even at her most self-deprecating. Dreams, being true to oneself, body-image issues, single parenting, family dynamics, self-confidence, and a realistic depiction of friendship make this a refreshing coming-of-age read full of optimism, dreams, and plenty of stereotype-smashing laughs. A natural pick for Dumplin’ (2015) fans.” ―Booklist 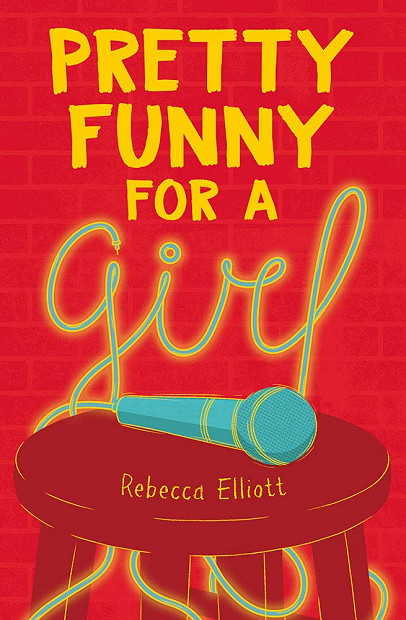 A candid and laugh-out-loud journey of family, friends, and fierce mistakes.

Haylah Swinton is an ace best friend, a loving daughter, and an incredibly patient sister to a four-year-old nutcase of a brother. Best of all, she’s pretty confident she’s mastered making light of every situation–from her mom’s new boyfriend to unsolicited remarks on her plus-sized figure. Haylah’s learning to embrace all of her curvy parts and, besides, she has a secret: one day, she’ll be a stand-up comedian star.

So when impossibly cool and thirstalicious Leo reveals he’s also into comedy, Haylah jumps at the chance to ghost-write his sets. But is Leo as interested in returning the favor? Even though her friends warn her of Leo’s intentions, Haylah’s not ready to listen–and she might just be digging herself deeper toward heartbreak. If Haylah’s ever going to step into the spotlight, first she’ll need to find the confidence to put herself out there and strut like the boss she really is.

Rebecca Elliott’s hilarious and authentic narrative voice is sure to capture readers’ hearts as her plus-sized, teenage heroine navigates learning to love the body she’s in while dealing with friends, family, and boys.

You can purchase Pretty Funny for a Girl at the following Retailers: 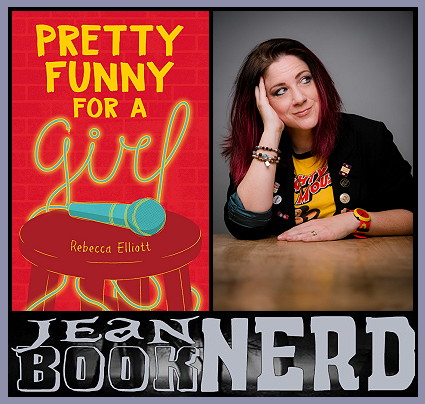 Rebecca Elliott was not so much born as assembled from potatoes, cat hair and sarcasm in Suffolk quite a few years ago. A school project of Rebecca’s from the age of 6 reads, “When I grow up I want to write and draw books”, clearly a precocious little brat but still, if nothing else it proves that when she’s made a decision she really can’t be bothered to change it. After a ‘brief’ detour from this career plan involving wanting to be Stephen Fry, a degree in philosophy and a dull office job, she finally got round to doing the whole book thing .

Since then she has become an award-winning (you won’t have heard of the award but come on, that sounds good, right?)and bestselling author of over 30 books for children. These include Just Because, a book about her daughter who had severe special needs and her ongoing series Owl Diaries which has sold 6 million copies worldwide. Her new YA novel, ‘Pretty Funny’ is due out in March 2020. (Published by Penguin, like actual Penguin. Which is dream-come-true awesome) And her mum really likes it.

When she’s not story-making she can be found reading (everyone puts that as a hobby but really, I mean who doesn’t read? Even if its just the TV guide?), loudly venting her issues on the drums, singing in her band, painting pictures only she appreciates, at the movies (again, everyone, right?), podcasting or just hanging out with her husband Matthew (a history teacher), her children (professional monkey-boys), chickens (egg production executives) and cat Bernard (currently unemployed).