Praise for THE MYTH OF SURRENDER
“McNees has written a powerful, cinematic, and very beautiful novel about the miracles and catastrophes of motherhood. The women who inhabit this story are all so gloriously alive! Humane, compelling, sharp, and sensitive, The Myth of Surrender will stay with me for a very long time.” —Amy Dickinson, “Ask Amy” advice columnist, New York Times bestselling author of The Mighty Queens of Freeville
“A brave and important book. McNees’s literary acumen is on full display in this beautiful, deeply affecting novel. She explores what it meant to be unwed and pregnant in mid-century America with sensitivity, erudition, and first-rate storytelling. Impossible to put down, this is a spell-binding tale of deceit, abuse, and ultimately, reclamation.” ―Lori Nelson Spielman, New York Times Bestselling Author of The Star-Crossed Sisters of Tuscany
“Both an illumination of the past and an indictment of the present, The Myth of Surrender is McNees at her best—giving voice to women who could not speak for themselves.” —Eleanor Brown, New York Times bestselling author of THE WEIRD SISTERS and THE LIGHT IN PARIS
“A timely and powerful tale of motherhood, loss, and second chances. Kelly O’Connor McNees’s unforgettable novel illuminates an era that all too many people tried to forget. The scars are there—brava to McNees for also revealing the beauty.” —Siobhan Fallon, author of YOU KNOW WHEN THE MEN ARE GONE and THE CONFUSION OF LANGUAGES 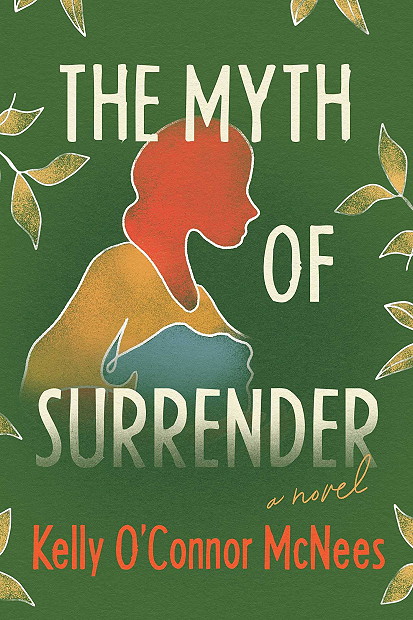 What if the most important decision of your life was not yours to make? This vivid and powerful novel follows two women whose paths intersect at a maternity home in the “Baby Scoop Era.”

In 1960, free-spirited Doreen is a recent high-school grad and waitress in a Chicago diner. She doesn’t know Margie, sixteen and bookish, who lives a sheltered suburban life, but they soon meet when unplanned pregnancies send them to the Holy Family Home for the Wayward in rural Illinois. Assigned as roommates because their due dates line up, Margie and Doreen navigate Holy Family’s culture of secrecy and shame and become fast friends as the weight of their coming decision — to keep or surrender their babies — becomes clear.

Except, they soon realize, the decision has already been made for them. Holy Family, like many of the maternity homes where 1.5 million women “relinquished” their babies in what is now known as the Baby Scoop Era, is not interested in what the birth mothers want. In its zeal to make the babies “legitimate” in closed adoptions, Holy Family manipulates and bullies birth mothers, often coercing them to sign away their parental rights while still under the effects of anesthesia.

What happens next, as their babies are born and they leave Holy Family behind, will force each woman to confront the depths and limits of motherhood and friendship, and fight to reclaim control over their own lives.

Written by the acclaimed author of The Lost Summer of Louisa May Alcott and Undiscovered Country, The Myth of Surrender explores a hidden chapter of American history that still reverberates across the lives of millions of women and their children.

You can purchase The Myth of Surrender at the following Retailers:

I have received a copy of The Myth of Surrender for an honest review. What follows is my opinion and mine alone. There was no compensation for this review.

Adoption is a touchy subject. There are horror stories and feel-good ones. I hear many stories that I often wonder if everyone has a story of their own. Like me. I’m not adopted but my Aunt was put up for adoption. I don’t know the full story because for all my life, I’ve known my Aunt. Sometime before me, she and my mother’s family were able to reconnect. I like to see my mom and Aunt together: raised in different backgrounds, but yet both are in the medical field. They aren’t twins and aren’t alike in personality, but they are sisters through and through.

It’s with that knowledge, that I gravitate to adoption books. I don’t know my grandmother’s story that led to my Aunt being adopted, but when I read this book, I couldn’t help wondering if it was similar. It’s around the same time period and I cannot forget that.

The Myth of Surrender brings to light the life and struggles of two young women who go through the same abuse but make different decisions that heavily impact their lives and the lives of their offspring. It deals with the emotional struggle as much as the physical while also bringing to light the abuse real women like them had to endure no matter what their choice was: to keep or to surrender their child.

If I could describe McNees’ writing style it would be similar to life. There is a storytelling quality that is reminiscent to a person reliving their own past with the mix of true account. You feel the hardships and pain. You feel the hope and love. It’s as if you are in this world with the characters, experiencing it all.

It’s what I noticed right off the bat in the first chapter and I didn’t want to let go of the book. No matter how hard it got, I had to live it with Doreen and Margie.

I highly recommend this book for readers and will most likely pick it up again. Once I have a handle of my feelings. I have an idea that a second read may lead to more. 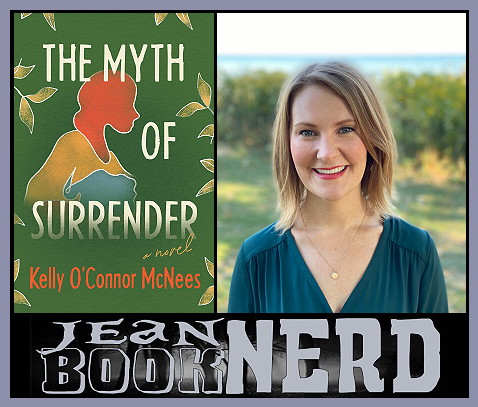 Kelly O’Connor McNees’s award-winning novels transport readers to pivotal moments in history as seen through the eyes of the resilient, fascinating women who lived through them. Whether it’s a “moving and intimate glimpse” (Publisher’s Weekly) of Eleanor Roosevelt’s love affair with Lorena Hickock in Undiscovered Country, or the tough decisions of Clara, a mail-order bride broker, in In Need of a Good Wife, or Louisa May Alcott’s excruciating choice between love and her writing career in The Lost Summer of Louisa May Alcott, readers are immersed in riveting stories often overlooked in American history.
O’Connor McNees’s forthcoming novel, The Myth of Surrender (March 2022, Pegasus), is the story of an unlikely friendship forged between two young women navigating the secrecy and shame of unwed pregnancy at a home for wayward girls, at the height of the Mad Men age.
In addition to her five novels, Kelly’s writing has appeared in The Millions, The Washington Post, The Toast, and in Rust Belt Chicago: An Anthology. She has also written for The Boxcar Children series. Kelly is represented by Kate McKean of the Howard Morhaim Literary Agency. Born and raised in Michigan, she lives in Chicago with her family.