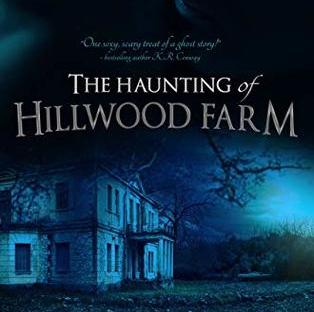 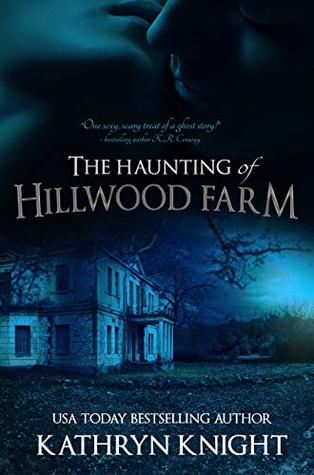 After tragedy strikes, Callie Sinclair is left with a gift she never wanted—the ability to communicate with ghosts. But when a desperate widow begs for her help, she reluctantly agrees to investigate the strange occurrences at Hillwood Farm. She quickly realizes she’s dealing with a dangerous presence beyond anything she’s ever experienced, and something else becomes equally clear—the only other living person in the house, Mrs. Turner’s handsome grandson, thinks she’s a scam artist. While she’d prefer to just ignore him, her heart beats a little faster every time he’s nearby.

Luke Turner doesn’t believe in spirits. He’s moved back to restore the family farm, but living on the property serves a dual purpose—he can watch out for his grandmother. He’s not happy about the sudden appearance of a self-described psychic, or his inexplicable attraction to her. His initial suspicions crumble as evidence points to an actual haunting, but he’s still determined not to fall for Callie—the past has taught him it’s best to avoid relationships.

As Callie is drawn deeper into the mystery, she becomes the target of a vengeful spirit, and Luke can no longer fight his feelings for her. Unable to resist their desire, passion ignites…even as the paranormal activity escalates to a final deadly confrontation.

I received an audible code via Audiobook Obsession, a Facebook group for audiobook lovers and romance. What follows is my honest opinion on what I’ve listened to. There was no compensation made for this review.

The Haunting of Hillwood Farm is equal parts spooky and romance. There were scenes that I was genuinely feeling the shivers over. One scene in particular, but I don’t want to go too into depth because it will spoil everything.

The romance was well written and the intimate scenes are okay with little ears around. I accidentally forgot to stop my audiobook in front of my son. He didn’t start asking questions, so it was good.

I loved that the main issue, aside from the ghostie problem, was an internal one. The story didn’t focus on a non-believer and believer dynamic, but the personal struggle on whether or not a relationship was something either of the characters wanted.

All in all, the book was well written and I was definitely rooting for the two. They have great energy between them and it made for a good spooky romance. I would love to see this in a Hallmark movie.

2 thoughts on “Book #54: The Haunting of Hillwood Farm by Kathryn Knight”