Praise for BLAME THE DEAD

“The title of this riveting, finely crafted novel may be Blame the Dead, but I blame author Ed Ruggero–for keeping me up at night, reading “just one more” chapter then another and another. Whether your interests lie in a well-wrought mystery, a classic cop story, historical settings or first-rate military fiction, this thoroughly enjoyable novel set during World War II checks the block. Great pacing, compelling characters, solid research and a fiendishly clever plot add up to non-stop reading excitement.” ―Ralph Peters, author of Cain at Gettysburg and Judgment at Appomattox

“This book is a lot of fun, written with an insider’s feel for the U.S. Army and its history.” ―Thomas E. Ricks, author of The Generals and Fiasco: The American Military Adventure in Iraq

“Ruggero’s story sets itself apart with the vividly rendered field-hospital setting and the focus on the battle-hardened nurses. A solid choice for WWII-thriller fans.” ―Booklist

“At the start of this exceptional WWII mystery and series launch, Lt. Eddie Harkins, an MP who was once a Philadelphia beat cop, comes across a murder scene near Palermo, Sicily…. Ruggero plays fair with his readers and makes the carrying out of a homicide inquiry in wartime both exciting and plausible.” ―Publishers Weekly, starred review

“Ruggero uses his military expertise to create a vivid and unconventional setting for a murder mystery, crafting an intriguing quagmire of institutional corruption to challenge his everyman hero.” ―Library Journal 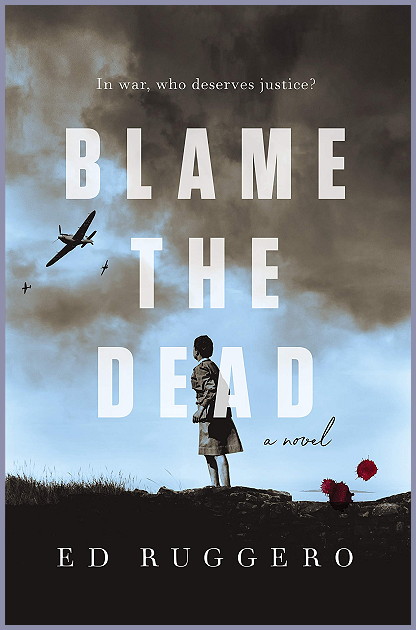 The nurses of the US Army’s Field Hospitals, mobile units that operate just behind the battle lines, contend with heat, dirt, short-handed staffs, the threat of German counterattack and an ever-present flood of horribly wounded GIs. At the 11th Field Hospital near Palermo, Sicily in the bloody summer of 1943, nurses also live with the threat of violent assault by one of their own–at least until someone shoots Dr. Myers Stephenson in the head.

Enter Eddie Harkins, a tough former Philadelphia beat cop turned Military Police lieutenant, who is first on the scene. Although he has never been a detective, Harkins soon finds himself the lone investigator, either because the Military Police are under-staffed or because someone in power thinks this rank amateur will never get close to the real killer. When the hospital commander tries to derail Harkins’ investigation by transferring or harassing key witnesses, it becomes clear to Harkins that the unit is rotten to its core, that the nurses are not safe, and that patients who have survived Nazi bullets are still at risk after they arrive at this place that is supposed to save them.

Harkins fights–and worries that he is losing–multiple battles. He is driven to give hope to nurses who just want to do their life-saving work, to right at least a few of the wrongs around him, and to do penance for sins in his own past. The one bright note for Harkins is a rekindled relationship with Kathleen Donnelly, a nurse from Harkins’ old neighborhood; but even that is complicated when Donnelly becomes a victim.

You can purchaseBlame the Dead at the following Retailers:

MY REVIEW
I received a copy of Blame the Dead from the publisher via Jean BookNerd for an honest review. There was no compensation for this review. What follows is my opinion and mine alone.
Historical fiction is a hit and miss for me. Sometimes, it feels more like a history lesson than an immersive journey. Don’t get me wrong, I love history. It’s my second favorite school subject (next to English). But, reading fiction in a historical setting can be overrun with history. That is unless the history aspect is the backdrop.
Blame the Dead is a murder mystery first and foremost. It just happens to be set in World War Two. It just happens to be in the middle of a war.
The mystery is well done, pulling the reader into the narrative fast. I felt my heartstrings pull for much of the cast. There isn’t just the murder, but also the dark underbelly of the military. You may find out who the killer is before the book ends, but the story and characters are so well done that you have to finish reading it.
I definitely saw this book as a movie in my head and would love to read more with Harkins as our main protagonist.
Final Rating: 4/5

Ed Ruggero has studied, practiced, and taught leadership for more than twenty-five years, helping organizations develop the kinds of leaders people want to follow. His client list includes the FBI, the New York City Police Department, CEO Conference Europe, the CIA, the Young Presidents Organization, Forbes, the SAS Institute, Hugo Boss USA, CitiFinancial, and Time, among many others. He has appeared on CNN, The History Channel, the Discovery Channel, and CNBC and has spoken to audiences around the world on leadership, leader development and ethics. Ed is a senior advisor to McKinsey & Company and has been a panelist for The Washington Post’s On Leadership series. He also has been a guest speaker at Harvard Business School and the University of Pennsylvania’s Wharton School of Business.

Ed is the author of eleven books, including Duty First: West Point and the Making of American Leaders, a study of leader development at the US Military Academy; and Combat Jump: The Young Men Who Led the Assault Into Fortress Europe, July 1943, which became a one-hour docudrama on The History Channel. Ed is also the co-author of The Leader’s Compass, a fictional story of how one leader developed a personal leadership philosophy. His most recent book is The First Men In: US Paratroopers and the Fight to Save D-Day.

After his graduation from West Point, Ed received his commission in the United States Army and served as an infantry officer in a variety of leadership positions, followed by an assignment teaching at West Point. After his service, Ed continued to share his insights about leadership, leading to his career as an author, public speaker, and trainer.