Praise for NOW, THEN AND EVERYWHEN

“Walker (the CHRONOS Files series) opens the CHRONOS Origins series with this ambitious time-travel adventure…a twisty narrative that expertly blends the past and the future. Fans of intelligent time-travel stories will be rewarded.” —Publishers Weekly

“Fans of Walker’s (Courier to the Stars, 2019, etc.) CHRONOS Files series will enjoy seeing the pieces of that mythology falling into place here, but new readers can easily jump in to this origin story with no prior knowledge. An enjoyable, mind-bending time-travel adventure.” —Kirkus Reviews 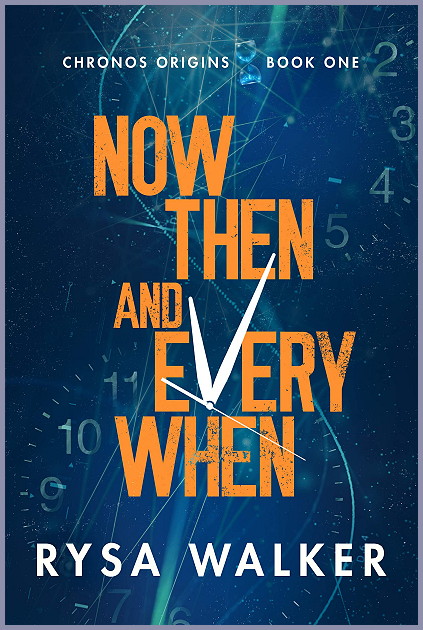 From the bestselling author of the Chronos series comes a page-turning novel of time travel, fast-paced action, and history-changing events.

When two time-traveling historians cross paths during one of the most tumultuous decades of the twentieth century, history goes helter-skelter. But which one broke the timeline?

In 2136 Madison Grace uncovers a key to the origins of CHRONOS, a time-travel agency with ties to her family’s mysterious past. Just as she is starting to jump through history, she returns to her timeline to find millions of lives erased—and only the people inside her house realize anything has changed.

In 2304 CHRONOS historian Tyson Reyes is assigned to observe the crucial events that played out in America’s civil rights movement. But a massive time shift occurs while he’s in 1965, and suddenly the history he sees isn’t the history he knows.

As Madi’s and Tyson’s journeys collide, they must prevent the past from being erased forever. But strange forces are at work. Are Madi and Tyson in control or merely pawns in someone else’s game?

You can purchaseNow, Then, and Everywhen at the following Retailers:

MY REVIEW
I received a copy of Now Then and Every When for an honest review. What follows is my opinion and mine alone. There was no compensation for this review.
I fell in love with Rysa Walker’s work back when I read Timebound. That book had three huge things I am interested in: Cults, H. H. Holmes, and Time Travel. In short, it was crazy for me not to dive-in. But, this review is about Now Then and Every When.
Now Then and Every When is the origin story of Chronos, a group of time travelers called Historians. But, here’s the kicker, it’s the origin story of the time travel group after the events in the Chronos Files trilogy. So, if you’re thinking this is a prequel, it kind of isn’t because this isn’t the Chronos before the crazy that begins in Timebound but yet it is because you meet younger versions of the Historians. So, it’s what could be seen as a sequel, prequel, and companion story (companion because same universe and main characters from previous series are minor characters in this series).
As if that isn’t confusing enough, you also have it in multiple POVs. There are chapters that are newspaper articles (Walker gives credit to them and explains which were adapted for the story in an afterward), Kate (our MC in the Chronos File trilogy), Madi, and a Historian named Tyson. Each POV brings together the events of the past, present, and future to culminate in a rich sci-fi/fantasy.
What I love about time travel are the different threads and connections. As a reader, you find yourself questioning what has happened, what is real, and how they all connect later. Time travel books can be easy or difficult to form. You have the linear time travel where the concept is a character time travels, changes some things, but the timeline and historical events aren’t changed too much by this. You have the curved where the historical timeline is still intact, but the characters’ life in that time travel adventure are turned topsy-turvy. And then you have a big ball of wibbly wobbly timey-wimey stuff.
Rysa Walker’s work is the latter. To say she doesn’t do her homework and craft an in-depth world is incorrect. She puts in details that you don’t realize until you read the book a second or third time. Her characters are well thought out. I would have a coffee with these people! Hands down, she is my number one author I recommend when it comes to time travel books and I am here for all (not just her time travel stuff either, Delphi trilogy is amazing too).
If you want a carefully crafted and inventive adventure that makes you see history in a different way, check out this book. And no, you don’t technically need to read the Chronos Files first, but I still highly recommend them.
Final Rating: 4/5 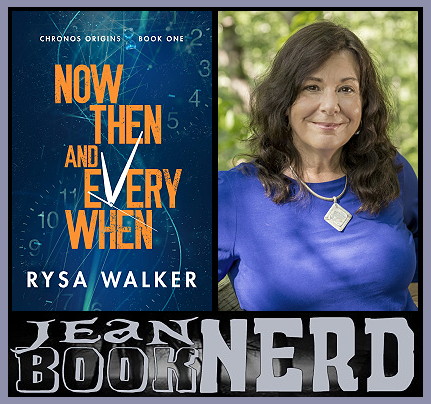 RYSA WALKER is the author of the bestselling CHRONOS Files series. Timebound, the first book in the series, was the Young Adult and Grand Prize winner in the 2013 Amazon Breakthrough Novel Awards. The CHRONOS Files has sold nearly half a million copies since 2013 and has been translated into fourteen languages.

In addition to speculative fiction, she occasionally writes mysteries as C. Rysa Walker.

Rysa currently resides in North Carolina with her husband, two youngest sons, and a hyperactive golden retriever. When not working on the next installment in her CHRONOS Files universe, she watches shows where travelers boldly go to galaxies far away, or reads about magical creatures and superheroes from alternate timelines. She has neither the time nor the patience for reality TV.

If you see her on social media, please tell her to get back into the writing cave.