Praise for A TIME FOR MONSTERS

“Gareth Worthington delves into the mind of a female serial killer that is moved only by music as she tries to get away with murder. A tale of cat and mouse has the reader ask what she is trying to hide. An epic thriller and a fantastic read!” —Tanya Roberts @bookswihtanya, CER at Indigo Books, Québec Canada

“Engaging, stomach twisting, breathtaking, heart breaking, mind bending! Worthington pushes you relentlessly down a path of redemption and off the rough edges of unpaid dues–wherever they are hiding. All the way throwing society’s complicity in your face. Not only craftily written but intelligently crafted, he ensnares all your senses while keeping you guessing. A must read for fans of Nordic crime and lovers of twisting storylines.” —Dalilah Kőnig, bookseller at OrellFüssli, Switzerland

“A masterfully built story of abuse, pain, and possible redemption unfolds. Every twist and turn was unexpected and kept me wanting to know more. Can understanding the “Monsters” make you accept or condemn them? How Worthington made me actually love and understand a serial killer is beyond me.” —Erin E. Forys, Barnes and Noble, Williamsburg, VA 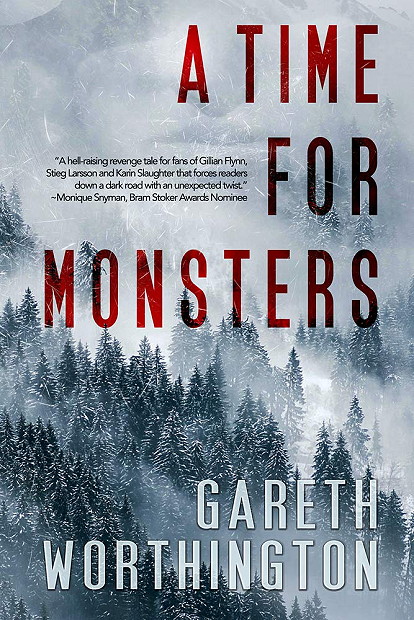 A Nordic thriller in the vein of The Girl with the Dragon Tattoo meets Death Wish, in which a female serial killer, who only feels emotion when listening to music, is hell-bent on revenge and must outwit a disgraced detective determined to redeem himself if she is to complete her carefully orchestrated plan and cover up the ultimate secret.

ONLY A MONSTER CAN DO THE WRONG THINGS FOR THE RIGHT REASONSDo you remember the first tape or CD you ever bought? Perhaps you waited for the local station to play the top forty songs on a Sunday so you could record your favorite band. Maybe you downloaded a certain track that reminded you of your wedding day or a graduation.

You can purchaseA Time ForMonsters at the following Retailers:

I received a copy for an honest review. What follows is my opinion and mine alone. There was no compensation for this review.
A Time for Monsters is a gritty thriller set in Norway. Worthington’s writing style gripped me from the beginning. Reyna is a character who could be unreliable, has some interesting points, and is VERY dangerous. I wouldn’t want to be in a dark alley with her if I was a horrible human being. She can safely stand alongside Alexandra Sokoloff’s Cara Lindstrom and Steig Larsson’s Lisbeth Salander, two very badass female characters with a different sense of justice.
I will be honest, Arne Huakaas was hard to get along with. We first meet him in chapter two and he’s . . . well, he’s brash, jaded, and a seasoned detective. You want to hit him. At least, I did. And, in a way, I wanted Reyna to target him for just his demeanor. I won’t say what happens in the book, but don’t let first impressions get in the way. He is a very interesting character. It means something to have a difficult personality in your hero and Worthington does a great job at it.
As I said before, this book gripped me from the beginning. It has violence, it deals with heavy subjects, and the characters we follow don’t have the best of personalities. That said, Worthington crafts a dark seedy world in his narrative. He brought to life this book and inspired me to look more into Norway and how things go on here. According to the book trailer, the book is based on true events. Not going to lie . . . that just makes this book even more. I want to know more about the events mentioned.
All in all, Worthington is a great author for the thriller fan to jump into. Great narrative to pull you in and hold you down. A must-read. Get on it. Read it. I may read it again. 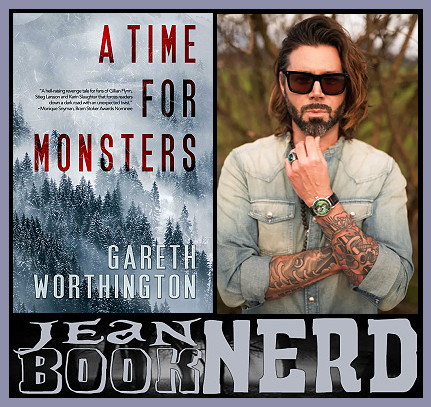 Gareth Worthington holds a degree in marine biology, a PhD in Endocrinology, an executive MBA, is Board Certified in Medical Affairs, and currently works for the Pharmaceutical industry.

Gareth is an authority in ancient history, has hand-tagged sharks in California, and trained in various martial arts, including Jeet Kune Do and Muay Thai at the EVOLVE MMA gym in Singapore and 2FIGHT in Switzerland. His work has won multiple awards, including Dragon Award Finalist and an IPPY award for Science Fiction.

Born in England, Gareth has lived around the world from Asia, to Europe to the USA. Wherever he goes, he endeavors to continue his philanthropic work with various charities.

1 thought on “Blog Tour (Review): A Time for Monsters by Gareth Worthington”