Some truths are better kept secret.
Some secrets are better off dead.Along the banks of the Bogue Falaya River, sits the abandoned St. Francis Seminary. Beneath a canopy of oaks, blocked from prying eyes, the teens of St. Benedict High gather here on Fridays. The rest of the week belongs to school and family—but weekends belong to the river.And the river belongs to Beau Devereaux.The only child of a powerful family, Beau can do no wrong. Handsome. Charming. Intelligent. The star quarterback of the football team. The “prince” of St. Benedict is the ultimate catch.He is also a psychopath.A dirty family secret buried for years, Beau’s evil grows unchecked. In the shadows of the ruined St. Francis Abbey, he commits unspeakable acts on his victims and ensures their silence with threats and intimidation. Senior year, Beau sets his sights on his girlfriend’s headstrong twin sister, Leslie, who hates him. Everything he wants but cannot have, she will be his ultimate prize.

As the victim toll mounts, it becomes crystal clear that someone has to stop Beau Devereaux.

And that someone will pay with their life.

WARNING: Readers of Death by the River will encounter situations of violence and sexual abuse which could be upsetting.

Praise for DEATH BY THE RIVER

“… a thrilling psychological work … Catching the current vogue of teen psycho and revenge tales like Bates Motel and 13 Reasons Why … a horrifically brilliant book … Beau Devereaux could have easily been a clichéd psycho, but the plot constructed around him and his development during the novel really shone as a masterpiece of character creation … much in the style of Dexter or Hannibal.” ―K.C. Finn, Multi-Award-Winning Author

“Rare is the story that simmers and rises to a boil so naturally and constantly that the reader manages to be repeatedly shocked … a full-speed rollercoaster that doesn’t slow down until the final page. Employing an evocative setting, powerfully defined characters, and taking along hard look at the darker side of human desire, this novel will catch your breath and hold it until the very end. RECOMMENDED” ―Michael Radon, US Review

“While the authors have written a chilling story here, there’s more to Death by the River than thrills. It’s actually a fascinating study into the effects of good and bad parenting on children. Do it badly and parents, children and society as a whole pay the consequences. This book is not just an exciting read; it’s a sobering one.” ―Viga Boland, Retired high school English teacher and Author of No Tears for my Father: Viga’s true story of incest

“While the story follows compelling characters, it also plunges readers into an intriguing setting. It is ironical that the horrors are taking place along the river that runs so close to a seminary, an establishment that should evoke a powerful sense of God and reverence for life. The characters are sophisticated and readers will learn to honestly hate the villain of the story — he is well imagined and developed with skill. In a subtle way, the authors allow his crooked mind to reveal itself. Like most serial killers, he is a charmer and an intelligent young man, but beneath the cool surface is a cauldron of simmering evil. Weis and Astor have written a riveting crime tale with strong psychological underpinnings. Death by the River is ingeniously plotted, written in gorgeous prose, and featuring a strong conflict that propels the narrative forward. The suspense intensifies as the story moves on, with the reader always feeling as though something awful could happen at any moment, and this feeling grows in intensity until the explosive climax. A real thriller!” ―Romuald Dzemo, Readers’ Favorite

“Weis and Astor have created something so dark, edgy, and gritty, it will stay with you long after you close the book.” ―Julieanne Lynch, Dragon Award Finalist: Horror (2018)

“… a crime thriller that pulls readers into the twisted mind of the protagonist and holds them engaged till the exhilarating finish. The writing is flawless … Death by the River is psychologically engaging, emotionally rich, and utterly absorbing.” ―Christian Sia

I received a copy of this book from one of the authors via Jean Book Nerd Tours for an honest review. There was no compensation done for this review and everything that follows is my opinion and mine alone.

Death By the River by Alexandrea Weis and Lucas Astor is a young adult thriller that reads like a movie. That’s right, I want this into a film. It is written in two main viewpoints though there are two other characters that have their print time. The two main characters are Leslie, an observant young woman who feels that there is something wrong with her twin’s boyfriend, and Beau, the boyfriend of Leslie’s twin and a guy who isn’t what he seems.

The other two are Leslie’s twin and boyfriend: Dawn and Derek, but they aren’t seen as much as Beau or Leslie.

When it comes to my favorite viewpoint in this book, I would have to say it is Beau. Don’t get me wrong, he is a scary dude. Seriously scary. But I loved the evolution from a boy trying to keep his anger under control to the monster he becomes in the end. His sections read like the evolution of a serial killer. I found that intriguing and because of that, he was my favorite viewpoint to read.

That isn’t to say Leslie’s sections weren’t interesting. They were. It gives the reader a view of possible things a person should look at when determining if the person they know is a good person. When Dawn has her own moments, you see that as well and I can only imagine that this might be a similar view as women who are in dangerous situations with the people they love.

The book itself is well written and pulls the reader in. Though it is young adult, it doesn’t read like that. I know that might not make sense, but there is sexual content and you can almost feel Beau’s anger. There is a way in how an author chooses what words or how it is written that makes a book just feel a bit older than the audience of their characters. This isn’t a cutesie book. This is a book that is dark, triggering, and moving.

In all, I highly recommend for readers. 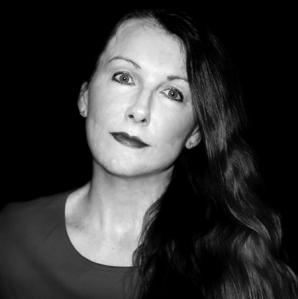 Alexandrea Weis, RN-CS, CRRN, ONC, PhD, is a multi award-winning author of over twenty-five novels, a screenwriter, ICU Nurse, and historian who was born and raised in the French Quarter of New Orleans. Having grown up in the motion picture industry as the daughter of a director, she learned to tell stories from a different perspective and began writing at the age of eight. Infusing the rich tapestry of her hometown into her novels, she believes that creating vivid characters makes a story moving and memorable. A permitted/certified wildlife rehabber with the Louisiana Wildlife and Fisheries, Weis rescues orphaned and injured animals. She lives with her husband and pets in New Orleans. Weis writes paranormal, suspense, thrillers, horror, crime fiction, and romance. 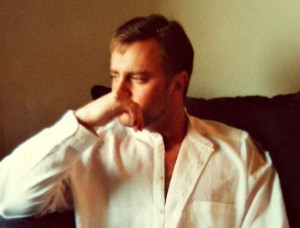 Lucas Astor, Lucas Astor is from New York, has resided in Central America and the Middle East, and traveled through Europe. He lives a very private, virtually reclusive lifestyle, preferring to spend time with a close-knit group of friends than be in the spotlight. He is an author and poet with a penchant for telling stories that delve into the dark side of the human psyche. He likes to explore the evil that exists, not just in the world, but right next door behind a smiling face. 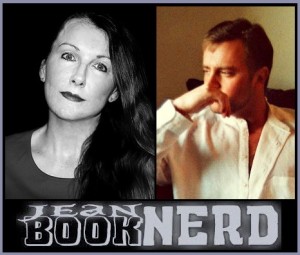 2 thoughts on “Book Tour: Death By The River by Alexandra Weis and Lucas Astor”