Praise for WHERE THE SUN RISES
“[An] atmospheric romance … Gomez and Polaha’s descriptions of Hawaii are postcard worthy. The breezy pace and gorgeous setting will stoke readers’ wanderlust.” —Publishers Weekly
“A sweet, closed-door, multicultural romance [that] will resonate with readers.” —Booklist
“Experience the spiritual and physical beauty of the enchanted Hawaiian Islands in this modern-day Romeo and Juliet. Where the Sun Rises is a wonderful book about family, love, promise, hope and perseverance. Be ready to laugh, cry and cheer.” —San Francisco Book Review
“Gomez and Polaha craft a compelling, clean romance that centers not just on business ambitions, but the impact of deception, honesty, and change in relationships. Its story of love, not giving up, trust, and reinventing one’s life grips readers with promise and hope for a different future. Moments Like This is highly recommended for romance readers looking for an exploration of the fine line between a woman’s strength and her ability to accept the vulnerability and promise of love.” —Midwest Book Review 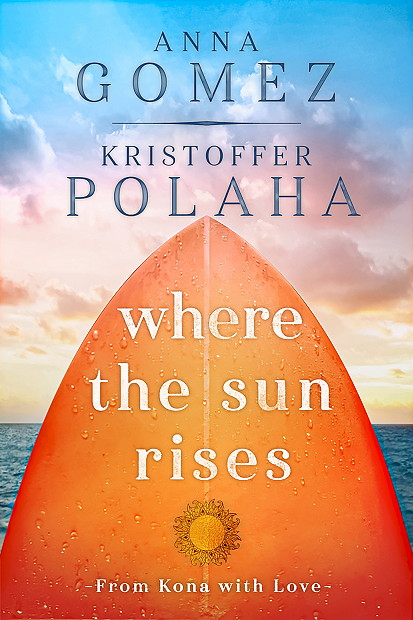 Book Two in the From Kona with Love series depicting multicultural romance, love, loss, and redemption woven into a family saga set in the beautiful islands of Hawaii. Though connected, each installment can be read as a standalone.

When Maele Moana is paired up with Adam Yates to walk down the aisle together at her friend Andie’s wedding, it isn’t exactly a perfect match. Maele is the daughter of a plantation worker, and Adam is the son of one of the richest men in Oahu.

Their worlds couldn’t be more different. But they have one thing in common.

Dreams that will take Maele back to Kauai while Adam pursues an incredible opportunity in Los Angeles.

Adam wants to be in her life, and slowly, Maele lets him in. He inspires her to face her fears, and she restores his faith in redemption. But with love comes sacrifice, and the goals they’ve worked so hard for may end up tearing them apart.

Book Two in the From Kona with Love series is set on the island of Kauai. Where the Sun Rises is a story about overcoming adversity, the promise of young love, and the valor in letting go.

You can purchase Where the Sun Rises at the following Retailers:

There was no compensation for this review. What follows is my opinion and mine alone.

Where the Sun Rises by Anna Gomez and Kristoffer Polaha is the second of a romance series written by the two authors. Each book can be read as a standalone and both feature an interracial couple.

I was hooked on the prologue forward. Starting on the beaches of Kauai, Maele, a Hawaiian native, is surfing. The imagery is beautiful and sent me to my times visiting Oahu. You could hear the wave tunnel and feel Maele’s excited bliss as she performed. And then something happens that turns her world upside down. You’re left gasping at her future and turning to the next chapter.

The romance is well written with the characters not only learning about one another but grappling with their own fears and insecurities. Written in two POVs, the reader will get a great grasp of both the characters and their motivations. Their voices are different but not because of the authors separating their work.

In fact, their writing is so well defined and merged that unless either one points out whose words are whose, I doubt anyone would be able to figure it out. The two authors are a great team and they write great teams in this romance. Enough so that I would pick up the first book and any others in the series.

All in all, if you want a sunny romance read that has healthy couples, this is a book to look at. 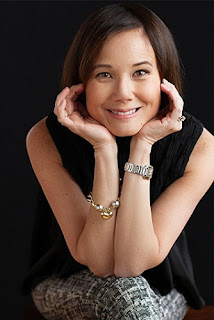 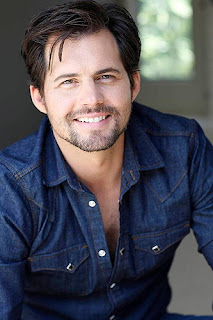 Award-winning author Anna Gomez was born in the city of Makati, Philippines and educated abroad before moving to Chicago. She is Global Chief Financial Officer for Mischief at No Fixed Address, a consolidated group of advertising agencies. Gomez was recently selected for the 2020 HERoes Women Role Model Executives list, which celebrates 100 women who are leading by example and driving change to increase gender diversity in the workplace. Gomez has championed various ERGs for Black and API colleagues as well as resources essential to address challenges of ageism. She has sat on several boards and served as treasurer for Breathe for Justice and The Jensen Project, both focused on socio-economic issues, particularly violence against women and human trafficking. She was a keynote speaker in the 2020 Illinois CPA Society Young Professionals Leadership Conference, as well as the Northwest Indiana Influential Women’s Association’s Breaking the Glass Ceiling Event in August 2021.

FACEBOOK | INSTAGRAM | TWITTER | WEBSITE | GOODREADS
Kristoffer Polaha is best-known for his long starring role in the critically acclaimed series Life Unexpected (The CW). Other TV series credits include Get Shorty with Ray Romano and Chris O’Dowd, the limited series Condor opposite William Hurt and Max Irons, The CW’s Ringer (Sarah Michelle Gellar) and Valentine, as well as North Shore (FOX).
In addition to co-starring with Rainn Wilson in Backstrom (FOX), he had a multi-season role on the acclaimed series Mad Men (AMC) and Castle (ABC). Polaha is also well-known for starring in Hallmark Channel movies such as Dater’s Handbook with Meghan Markle, and the Mystery 101 franchise on Hallmark Movies & Mysteries.
Polaha first received attention for his portrayal of John F. Kennedy, Jr. in the TV movie, America’s Prince: The John F. Kennedy Jr. Story, opposite Portia de Rossi. He has appeared in numerous independent features, including Where Hope Grows, Devil’s Knot (Colin Firth, Reese Witherspoon), and the Tim Tebow film, Run the Race.
Polaha has a featured role opposite Gal Gadot in Wonder Woman 1984 and is in Jurassic World: Dominion.
Polaha was born in Reno, Nevada, and he is married to actress Julianne Morris. They have three sons.
FACEBOOK | INSTAGRAM | TWITTER | WEBSITE | GOODREADS